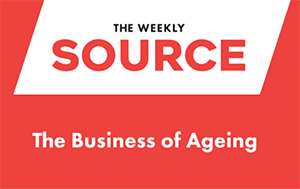 What has worked in the past simply will not continue to work in the future, according to NewDirection Care CEO Natasha Chadwick – and the NewDirection model of care has been proven to be successful in providing this flexibility.

Natasha has a long history in the sector. In the 90s, she played a role in reforming the Federal Government’s Aged Care Act 1997 as the National Executive Officer for the

National Association of Nursing Homes and Private Hospitals.
She was also Director and Chief Executive Officer of IBIS Care Holdings Pty Ltd, which she grew to six aged care facilities, one retirement village and two more homes under development.

In 2018, she launched her first ‘Microtown’ community at Bellmere, 50km north of Brisbane under NewDirection Care™, catering to older people with a range of complex care needs including those with younger onset dementia, taking home the Telstra Australian Business Woman of the Year and the Medium to Large Business Category for the unique model.

Critically, Natasha appeared as a witness before the Royal Commission last year to talk about how the model is turning traditional aged care on its head.

However, the CEO also delivered a damning assessment of “punitive” quality assessors, saying the Government and regulators have lost trust in providers thanks to the actions of a few rogue operators.

So, one year on – has she seen any change in how the Aged Care Quality and Safety Commission is engaging with providers?

Natasha says in her experience, assessors still represent a “mixed bag” for providers.

“Too much unfortunately is still subjective and based on who comes on site,” she said.

“This shouldn’t be happening in a system like ours, with assessors coming in and passing mediocre providers and then holding up providers that are doing a lot more to support their residents.”

The CEO is hopeful that the COVID-19 has shifted this dynamic, saying her communication with the Quality and Safety Commission has improved since the start of the pandemic.

“I’m cautiously optimistic but that’s been my recent experience when communicating with them.”

Too much focus on what went wrong

However, Natasha still believes providers and staff are not being given enough credit for their success in keeping the virus out of their homes – or containing it to one or two residents – during the pandemic.

“Everyone wants to focus on what went wrong rather than what went right,” she said. “We only hear about Newmarch or Dorothy Henderson.”

“There have been some amazing examples of infection control… and we as an industry should celebrate that.”

She also notes that it is still providers who are held accountable if outbreaks are detected too.

“At the end of the day, if the virus was to get into our community, we are the ones held responsible,” she said. “Families make that very clear that it is the provider who is responsible, not just the Government.”

Government gave clear message to providers: “you’re on your own”

Natasha says she is unsurprised to hear that the NSW State Government is advocating for providers that experience COVID-19 outbreaks to care for residents in the home.

“At the start of the pandemic, there was a very clear message: ‘we’ll provide you with support if needed but you’re on your own’. It’s pretty sad really with all those resources out there that have been prepared but we will not have access too.”

“We are not hospitals. It is supposed to be a home that looks after the care and support needs of residents.”

Natasha says during the pandemic, a resident did fracture their wrist, which NDC was able to treat though telehealth by their onsite occupational therapist.

“But not everyone has access to that level of IT and specialists,” she said. “In places like Tasmania and regional and rural settings, you often don’t have access to specialists and allied health people.”

Bellmere’s finances have taken a hit from COVID, mainly due to increased staffing and PPE costs and lower occupancy (early in the pandemic, they identified a home that could be used to isolate residents if they did test positive which saw their occupancy decline over the period).

“One of the hardest things to be hearing was that some people in the community think that when aged care facilities closed their doors for resident safety, this meant reduced staffing because our first response at NDC was to increase our staffing,” she said.

“It added a huge layer of costs to the business yet the Government funding to assist has been very, very poor in response.”

And despite the additional ACFI uplift being provided till August, Natasha says she can’t see the current situation of increased staffing and costs changing for some time.

“One of our biggest concerns as a provider is how are we going to make this work and come out on the other side of pandemic, when we have no increase in funding but significant increase in cost.”

As an approved provider, NewDirection receives the same ACFI funding as other providers but the restrictions impacted on their other revenue streams provided through the community’s facilities, for example, they were not able to operate their store or café fully.

“We are managing it, but at some point, it needs to be discussed and worked through.”

Natasha says the community expectation for what should be provided is correct but the system is not being funded to that level.

“There is a real gap in those different funding options or funding streams, but we’re contained in aged care about how much we can raise. Yet expenses continue to increase… and generally people’s expectations are for a high level of health and medical care as well as high quality around living and lifestyle.”

Moving forward, Natasha says they are looking to help their resident regain the level of freedom and independence they enjoyed prior to COVID.

“We’re looking at how we can be a bit smarter in achieving that for them,” she said.

Adapting Microtown model for the future

NewDirection also have some land on which they are planning a new development, but will be making some changes to their model to prepare for the future of the aged care system post-Royal Commission.

This will include even more flexible options that could include just accommodation itself, accommodation with services and delivering services out into a small geographic area.

Care must be separated from accommodation

Unsurprisingly, the CEO supports the separation of funding for care from accommodation and lifestyle.

“We need to really understand what the community expectation is,” she said. “A person should not have to come into residential care if they don’t want to so that needs to be funded appropriately.”

Natasha agrees with the Royal Commissioners’ assessment that the future system could require a 50% to 100% increase in funding.

“We should all have to look after our own accommodation and lifestyle needs,” she said. “That is a choice we make every day as a member of society and shouldn’t always be funded or determined by the Government.”

Government still not dealing with providers going to the wall

She concedes this would be a big change, but says COVID has heightened the awareness that the funding situation for the sector does need to be resolved now.
“I can’t believe the Government and the Department understands there are providers out there that are going out backwards but they are still not dealing with the fundamental issues around funding.”

Natasha also warns that it is the Government that will need to step up and make a decision on how to fund the system moving forward – and consumers and the sector will also need to be accountable.

“We might want a certain funding model but the Government are the ones that are going to have to sell that to the Australian community, not the industry.”

“Ultimately when we talk about ageing, the aged care system will only ever be as good as the community wants it to be. It’s their responsibility, it’s our responsibility,” she concluded.

“The NDIS changed the lives of people with a disability – why is aged care any different?”